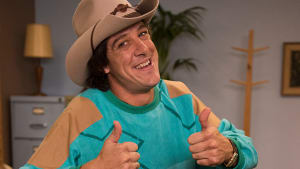 Part two of Channel Seven's Molly Meldrum biopic, Molly, has pulled in 1.5 million viewers on a big night of TV, but failed to overtake My Kitchen Rules, according to overnight OzTam figures.

My Kitchen Rules, dominated the ratings with 1.7 million viewers, also topping all of the major demographics. The Seven Network show was heads and tails ahead of other reality series including I'm a Celebrity, which pulled in 706,000 viewers and Australia's Got Talent which had 688,000 viewers.

ABC's showing of Doc Martin was the third most watched show of the night, with 1.03 million viewers tuning in to the program.

For the seven days from 8 February to 14 February, Home and Away was the top program, with its Thursday episode pulling in a VPM rating of 54,000. A VPM rating is measured by total minutes played divided by content length.