Holden teams up with Vice for car vs drones content series 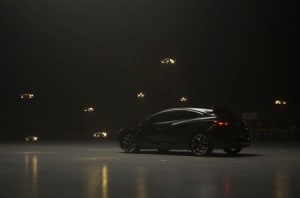 Holden have teamed up with Vice's arts and technology channel The Creators Project for the launch of a content series that sees drones and the cars do battle.

The series, created by Virtue, Vice's in-house creative agency, kicks off with a feature film starring the Holden Astra tackling an obstacle course - pitted against a swarm of drones which fly in formation.

“This project is all about treating consumers like audiences. Millennials are smart and know when they’re being sold to, but they’re also aware of the world they live in and want to be entertained. Savvy brands such as Holden know it’s okay to market a product, as long as it’s adding value, and they’re telling a story that has a cultural relevance,” said Michael Slonim, MD of Vice Australia.

Geraldine Davys, Holden executive director of marketing, said: "The film perfectly exhibits the wild side of Holden’s latest sports hatch and a fresh direction for the brand. The concept of a car vs drones forming a moving racetrack is one that has never been attempted before, and to demonstrate something as unique and progressive as this is really exciting. We are taking the Holden brand into new territory and challenging the status quo. Holden is going to continue to produce engaging and innovative content for our customers, content that traditionally may not be associated with the Holden brand. Astra vs Drones is perfect example of this, it’s a short film that certainly makes you sit up and take notice."

The film is set to a bespoke soundtrack developed by Australia’s Rohan Rebeiro. Carat handled the media, and it was directed by Bradley Munkowitz, and produced by Airbag.

Watch the making of film: