Holden bids to break stereotypes and redefine its brand 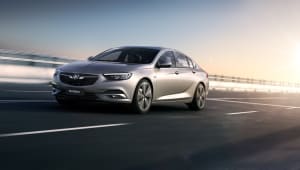 Charged with taking an iconic Australian brand into a future where the concept of car ownership will shift, to a population whose demographic is already shifting, Harland says the brand is redefining what it means to be a Holden driver.

Harland is the keynote speaker at the Melbourne Media + Marketing Summit on 2 August. He tells AdNews: “It’s a big year for Holden, and it’s one we’ve been planning for.”

“From tackling road rage to helping create a more inclusive Australia, we’re taking a stand where it counts. You’ll also see us caring for customers well beyond the car – creating world-class dealership experiences and next-level customer service. We’re redefining what it means to be a Holden driver. We’re running pilot programs for ride-sharing technology and looking at ways to completely rejuvenate the retail and car buying experience.”

Holden is also evolving its marketing to reflect the technological advancements of its vehicles and Harland's aim is to surprise people, break stereotypes and give them something they didn't expect from Holden.

“Australia made us an icon and that’s a privileged position – it’s also an immense responsibility. We have to reflect the community we serve and in many ways, we’re a very different country to the one that resonated with ‘football, meat pies, kangaroos and Holden cars’. We’re one of the most diverse nations in the world and that gives us licence (and the imperative) to break out of traditional automotive stereotypes."

Part of that surprise element will come from new models, like the Equinox SUV that Harland calls a “game changer”.

Australia is one of the most competitive car markets in the world with over 65 brands sold, Harland explains. “We need to stand out from the sea of same, we need to give people emotional, as well as rational, reasons to put Holden on their shopping list.”

Harland will lift the lid on the car manufacturer's plans for the next 12 months and beyond at the AdNews Media + Marketing Summit Melbourne on 2 August.