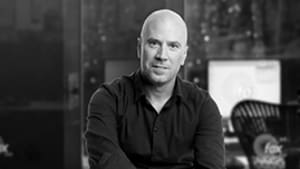 Southern Cross Austereo (SCA) content director Craig Bruce has departed, with a new content structure due to be announced by the network.

SCA announced that Bruce was moving into “the next phase of his illustrious career” but it is not known where his next move will be.

Bruce had worked at SCA for 27 years after starting his career with the company in 1988, most recently as the network's content director.

“The people at SCA have been like a second family to me for virtually all of my working life,” Bruce said.

“I started as a mid-dawn announcer at Fox in 1988 and have been fortunate enough to work with some of the most passionate and talented content creators in the world - as a true radio fan-boy, it's been an incredible experience.

“Craig’s radio acumen is second to none and after working closely with him for 10 years, I can safely say his successes as a content director are exemplary,” Dobson said.

“He found talent, he devised formats, he created radio history. He took chances. Craig will not die wondering.

“A great hombre a loyal compadre and a wonderful amigo who will be missed.”