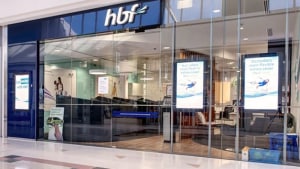 A report from The Australian Prudential Regulation Authority found the proportion of Australians with private health insurance has dropped for the eighth quarter in a row, now at 47% for hospital cover and 55.7% for extras cover. A new survey from Finder also revealed 1.7 million Australian private health care customers are planning to ditch their current policies this year.

In order to tackle the issues at hand, HBF is ploughing ahead to do its best to future-proof the business. It's expanding outside of Western Australia, restructuring internally, growing its digital advertising capabilities and has launched a new marketing campaign with it recently appointed agency, Cummins&Partners.

“The industry is under pressure. More people are leaving the sector, but that just reinforces the reasons why people need health insurance,” GM of marketing and communications Neil LeFebvre tells AdNews.

“The role for our new communications was to show how we’ve evolved – not revolutionised. We wanted to position HBF as a coach for our customers.”

Western Australia is leading the pack in its migration away from private health insurance, which could account for HBF’s national expansion.

Western Australia has the highest rate of private health insurance in the country, with 69.7% holding some form of cover this year. However, its membership rates have been declining steadily since September 2015.

New CEO Van Der Wielden previously said it was a “major concern” for the group, which had just over one million members in June this year.

For the last three years, HBF has undergone an internal restructure in response to challenging market conditions. The not-for-profit organisation merged its digital team into its marketing team, aligned its teams to reflect the ever-changing customer journey and brought programmatic, search and digital advertising skills in-house.

“The changes aren’t over yet. Our new CEO is currently looking at how we need to grow the business,” LeFebvre says.

“We are the fifth-largest health insurer in the company. 75% of our customers come from Western Australia, so there is definitely the desire to grow our customer base and bring economy to scale.”

Under the direction of Van Der Wielden, HBF is currently undergoing a review expected to be presented this month.

LeFebvre says the result of the review is likely to shake-up the brand’s marketing strategy.

It was important to LeFebvre for the new work from Cummins&Partners not to be a total rebrand for HBF. He says it was a “rational” decision to keep a similar tone to the previous advertising from Marketforce.

On HBF’s decision to move from Perth-based agency Marketforce to Cummins&Partners, LeFebvre says: “It makes us more effective. Our incumbent was five minutes down the road, which made it very easy for us to put in sloppy requests. “Now we are using a Sydney agency, we have to be disciplined around our communication.”