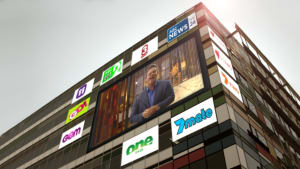 FreeviewPlus will have a personal video recorder (PVR) in the market in coming weeks, and says it's confident consumers will shell out for a $149 set-top box delivering its service.

Earlier this week FreeviewPlus, together with DishTV, launched a set-top box as a plug-and-play service which allows consumers to access the HbbTV (hybrid broadcast broadband TV) service without needing to buy a new smart TV.

Freeview CEO Liz Ross told AdNews she was confident that the new offering would fill a gap in the market.

“Because digital switch over has obviously been finished for quite some time, there's been a challenge in demonstrating that there is still a great opportunity in the set-top box market,” Ross said.

“I really do [see people paying $149 for the box]. I think that, and we've done it here, if you plug the box in you instantly turn your TV, which doesn't have to be a connected TV, into the whole seamless connected experience to be able to get all that catch up TV from the main networks.”

The new set-top box will be available initially through David Jones and Dick Smith Electronics, and Ross said the organisation would incentivise salespeople and the retailers themselves to sell the product.

Ross also confirmed that it would be launching a FreeviewPlus-certified PVR, but remained tight-lipped on who the manufacturer would be.

She predicted September would be a watershed moment for HbbTV in Australia, with the majority of new TVs coming into the country having HbbTV capability.

“We're patient. We know televisions will turn over. For example, many of the manufacturers like Sony and LG ... 80% of their 2015 line-up will be FreeviewPlus-certified,” Ross said.

With the trinity of new TVs, a set-top box, and a PVR in market all featuring the FreeviewPlus service, Ross said Freeview's role would shift later this year to extending to existing platforms.

“The networks will start to take a lead role in promoting the products they have coming out individually [rather than us promoting the service], and over time we'll be reviewing what we do with the platform and how to take FreeviewPlus forward. Our longer-term view is that FTA content should be available on other platforms so watch this space,” Ross said.

She also tipped networks to pile into the e-commerce space, as they seek to monetise their HbbTV experience as scale starts to be achieved.