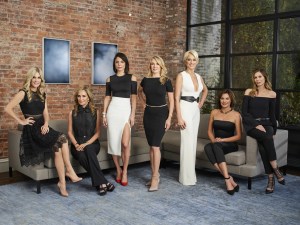 Real Housewives of New York, one of the international reality shows featured on hayu.

The ‘carrier billing integration’ is for customers of Telstra TV that launched in July 2015 and is a partnership with streaming platform Roku, which gives access to services such as Stan and Netflix, alongside TV catch-up services and new release movies from BigPond Movies.

NBC Universal-owned streaming platform, Hayu, calls the new move a “major milestone” as it becomes the third streaming player to offer the service.

The billing integration follows the addition of Hayu onto the second-generation Telstra TV last October and is part of the telco's strategy to bring together more of its entertainment expenses into one monthly payment.

Once registered and following the initial three-month free trial period, the customer will be charged the standard Hayu subscription cost via their Telstra bill.

“With Telstra’s impressive national footprint, this extended integration has been designed to broaden the distribution and consumption of Hayu across Australia," McDermott says.

“It’s our subscribers’ enthusiasm that has prompted us to expand our curation beyond NBCU’s pipeline of top quality day and date content to offer other reality favourites through strategic acquisitions."

Speaking to AdNews earlier this year, McDermott said its success in Australia so far had been “phenomenal”.

Hayu has doubled audience watch time and has upped the amount of content on the platform to 5000 episodes as an increasing number of Australians submit to the lure of US reality TV.

While he wouldn’t give exact numbers, McDermott says subscribers have consistently been on the up and engagement time has doubled since its 2016 market launch, from six hours to 12 hours per month, per person.