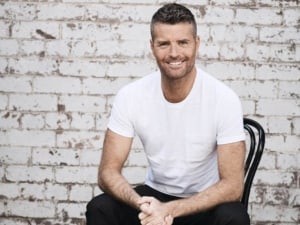 The Australian Medical Association is calling for Netflix to pull a new documentary produced by celebrity chef Pete Evans about the controversial ketogenic diet.

The streaming giant released the documentary earlier this month, narrated by Evans and featuring people who claim the diet can cure diseases like asthma and autism.

The diet is said to be a low carb, moderate protein, and high fat diet which puts the body into a metabolic state known as ketosis.

One person on the show, The Magic Pill, claims to have shrunk her breast cancer tumour by following the diet and moving away from grains and processed foods.

The Australian Medical Association (AMA) has slammed the show as “irresponsible” and said its claims about curing cancer and autism could be harmful for viewers.

Evans, who is judge on Seven's My Kitchen Rules, responded to the claims on Facebook, saying the medical association had an interest in keeping Australians unhealthy.

"Does the head of the AMA believe that eating vegetables and fruit with a side of well sourced meat/seafood/eggs to be a dangerous way of life? Perhaps the bigger question to ask would be, ‘Is the head of the AMA fearful of people in Australia becoming healthy? What would this mean to their industry?’”

The chef claimed his film was backed up by leading cardiologists, doctors and scientists.

Netflix issued a statement, saying: “We program for a wide audience and we recognise that in doing so, some of the content may be controversial, but we hope that it helps to convey the unique perspective of the story and the storyteller.”