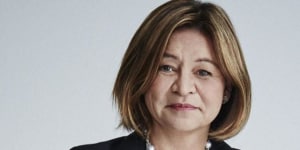 According to a report from the AFR, Guthrie, who was pushed out of her role as the head of the public broadcaster yesterday, has made good on her threat of "exploring legal options".

Guthrie has appointed Ruveni Kelleher, a partner at Johnson, Winter & Slattery, who specialises in employment law and Sydney barrister Kate Eastman SC, to possibly build her case for wrongful termination.

Last year Kelleher led the case against the former executive assistant of Seven West Media CEO Tim Worner who found himself at the center of a public row with Harrison after she leaked confidential information about the company and revealed details of their affair.

Guthrie revealed she was "devastated" after her very public dismissal yesterday, which saw her five-year contract with the public broadcaster terminated only half-way in. She released a statement saying she found the decision lacking any "justification".

According to the ABC, the decision followed discussions over several months that concluded when directors resolved it was not in the best interests of the ABC for Guthrie to continue to lead the organisation.

Guthrie, who had been with the broadcaster since 2015, has been replaced by the current director of entertainment and specialist, David Anderson, until a replacement can be found.

It had been rumoured that tension between ABC chairman Justin Milne and Guthrie was causing major issues within the broadcaster, with both higher-ups clashing on multiple issues, according to The Australian.