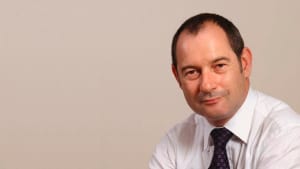 This article first appeared in the 16 Oct Issue of AdNews in print. Subscribe to AdNews in Print, or get it now on iPad.

GroupM Australia is, at the time of writing, still without a group CEO. An appointment is said to be just weeks away, and many are suggesting the new boss will come from within GroupM’s global family. Does the timing of global chief digital officer Rob Norman’s trip suggest he might be in line? The suggestion has him in near hysterics. Between laughs he says: “You can quote me on this: no one could deny that it’s been a tricky year for GroupM. I absolutely wouldn’t want to make it any worse by putting myself in the role of CEO in Australia. I'm incredibly lucky. The company gives me lots of time to think, lots of time to spend with challenging and innovative companies. That’s what they pay me to do. They don’t pay me to run the P&L.”

So, with that out of the way, on to the bitey stuff.

Rosie Baker: Adblocking is blowing up and there are some wild numbers about how much it costs the industry. What’s your view on how big a problem it is and what the industry needs to do about it?

Rob Norman: I have no idea whether [PageFair’s estimated] $22 billion seems like the right number. It seems kind of nuts to me. My guess is that it’s a single-digit percentage of users overall and, of that, 75% would be males below the age of 30.

The idea that better advertising will make it better is true, but I think what people really mean by that is better site design, that’s probably much closer to the truth. The idea of advertisers paying others to be white-listed sounds like extortion so I’m not big on that idea either. I’m wondering whether the answer doesn’t lie in the hands of one or two major publishers.

You could ask the question: if Google decided to throw the kill switch and people couldn’t access YouTube if they had an adblocker, it strikes me that the value exchange that will be so elegantly illustrated by blocking YouTube might be the thing that stops people blocking ads - that’s wild speculation.

RB: Viewability is also gripping the industry and there is still confusion around what it means. Where do you stand on that?

RN: We’ve taken a relatively simple view in the US that if advertisers pay for ads, they are entitled to have them seen in full by humans. That covers a few issues. We like the whole human thing. But there’s two big issues. One is acommercial one and that’s viewability. The other is a criminal one and that’s ad fraud. Fighting fraud is an industry issue and we’ve taken a position on that; our position is normally a bit tougher than everybody else’s. On viewability, we’re not keen on the IAB’s 3MS guidelines that came out last year. We figured that a 100% of pixels being viewable is reasonable, we figure it’s the publisher’s responsibility to deliver that.

We don’t think, however, that having a type of [time] exposure attached to that is the publisher’s responsibility. We never said to newspapers and magazines ‘I’m not going to pay for a magazine ad as someone paused for only three seconds before they turned the page’. We’ve done a lot on that in the US, and pretty much 100% of our publisher deals now, and definitely for 2016, are based on a 100% viewability. We believe that we should push that in other markets as well.

RB: There are still issues around measurability and IAB Australia CEO, Alice Manners, has said at present, viewability should not be used as a trading currency because there are shortfalls in measuring it. So, can you trade on viewability?

RN: We think you can. We understand that not all publishers will deliver 100% viewable impressions all the time, but we’re encouraging them to get to that place. So, it can be done. It is measurable, and I'm not sure how you can have a sustainable position that says ‘well, it was served but nobody saw’.

If you try to explain that to the CFO or the CEO of an advertiser, ‘Well, here’s the thing, quite often we serve ads but they don’t get seen by the person we allegedly served them to but you have to pay for it anyway'. That’s not an argument that stands up for very long.

RB: Are clients investing in mobile at the right levels? There’s the argument that budgets should match the time spent on a certain channel, but there’s a significant gap on mobile.

RN: I think the time spent argument is completely redundant. If you talk about time exposed to media, with available inventory for advertising, that’s a very different notion than the amount of time people spend in proximity to a device. If you start putting in proportion the idea that somehow people spend a third of their time on mobile therefore they should have a third of all the advertising, it’s kind of a bit of a bullshit argument, isn’t it?

RB: There are a lot of concerns around Facebook’s dominance as a distribution platform and it making money from publishers’ content consumed on its platform. Should that concern publishers?

RN: It has to, is the short answer. In the history of advertising, revenue has been attached to the people that create content. The end. And now the two biggest beneficiaries of the digital advertising economy - neither of them have made a second of content ever. So clearly, there is a new allocation of funds and a new value chain but it doesn’t sound instinctively sustainable to me. There’s either got to be some new commercial accord between the distribution platforms like Facebook and Google and the people that provide content to them or the people that create content have to find additional ways to monetise because it doesn’t seem to be a situation that could go on forever.

RB: This year has been a tough one for GroupM, particularly locally, but also globally as the storm of kickbacks and media transparency hit new heights this year. It spooked a lot of clients and shook the industry, are things getting better?

RN: This has been the year of marketplace integrity. I think about viewability, ad fraud, developing new techniques of attribution and the contractual compliance between agencies and clients all as marketplace integrity issues. I believe that 2015 will be looked back on historically as a time when people looked at the marketplace with their eyes open when maybe they were slightly blinkered before. It’s clear that in Australia we had a compliance failure, we’ve accepted that and we’ve taken extraordinary steps in internal and external audits. It takes a while to rebuild trust, but I don’t think that we could have done anything more robustly, after we found out, than we have. It’s the year of integrity, but also, I don’t think forgiveness is a bad thing.