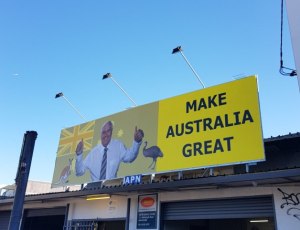 GroupM, WPP’s media investment group, has released its US Media Forecast Report, detailing growth in the advertising industry last year and making forecasts for the next two years.

GroupM says extreme variation in growth rates has become the norm in the US advertising industry, with political advertising causing mid-single-digit swings of growth and decline from year to year.

Political advertising accounted for a record $US9 billion in spending last year, with another half-percentage point of activity due to incremental spending on the Olympics.

As with other media, political advertising has become increasingly important to digital, amounting to about $US2 billion in 2018, or around 2% of the medium’s total.

"Television continues to face challenges as media owners navigate the relative weakness of the marketers who represent the bulk of the medium’s revenues," GroupM says.

GroupM expects modest growth for outdoor advertising in 2019 and 2020 and modest declines for radio.

"We also anticipate sustained declines for print media into the future," GroupM says.