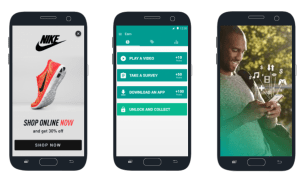 Australian tech startup and mobile rewards platform, Unlockd, has been successful in its battle against Google, as the English High Court has granted an interim injunction against the tech giant.

The move follows Google banning the app from the its Play store after the company raised multiple issues with Unlockd, stating the startup then failed to correctly address them.

The ruling will prevent Google from disabling AdMob-generated advertising content and removing Unlockd apps from the Google Play Store in the UK.

Despite the ruling, Unlockd stated it was still disappointed in the "limited scope" of the interim injunction and it will continue to explore further legal avenues.

The company was forced to postpone its decision to float its IPO on the ASX, with the start-up now forced to await the resolution of the matter.

Unlockd declined to give further comment on the state of its IPO plans.

"We would not expect Google to take unilateral action against our other businesses in Australia and the United States in circumstances where the court has made a clear order in the UK preventing such action," the statement read.

"The court's decision to grant an interim injunction and order an expedited trial date validates our strong stand to protect our business, our partners and the 330,000 active users whom this threat could cause irreparable harm and disruption."

A Google spokesperson told AdNews last month that it had explained its concerns and offered solutions to the startup on the matter but Unlockd failed to be compliant.