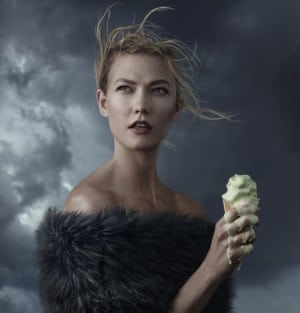 Working with its agency partners TBWA Sydney and The Monkeys-owned Maud, David Jones has launched its autum/winter 2017 campaign in line with the proposition, ‘Live Outside the Seasons’.

The campaign displays key trends and of course the stable of brands available at David Jones, such as Australian designers Karen Walker and Macgraw, as well as Zimmermann, Carla Zampatti, Camilla, Lover, Romance Was Born, Viktoria & Woods, Camilla and Marc and more.

In November AdNews reported how a British advertising and marketing veteran was secretly helping steer David Jones' marketing from the UK.

Steve Sharp, who ran marketing at British retailer Marks & Spencer for 10 years, was brought on board six months ago as a consultant. He was appointed by DJs CEO John Dixon, who took on the role in January and spent 25 years at the British retailer.

In May last year David Jones revealed a raft of senior management changes that saw two of the retailers top marketers depart - David Robinson, group executive – marketing, financial services and customer insights has left the business, as well as the retailer's general manger of marketing, Victoria Doidge has also departed.

Th exits happened in the same year the brand overhauled its marketing spend to focus it more on digital channels, as well as the brand launching a major brand push in music video form.

In July last year for its its spring/summer 2016 collection spot, the retailer and creative shop Whybin\TBWA Sydney shot the 90-second film solely on an iPhone.