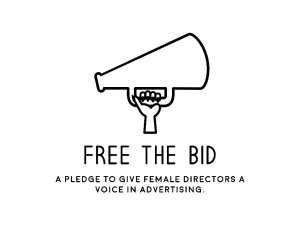 The database showcases the work of more than 100 up and coming and established Australian female directors making them more visible to producers and new work projects.

It also aims to encourage female directors to expand both the style and scope of work they take on.

Free The Bid Australia ambassador Jasmin Tarasin says: “Free the Bid is a practical and effective way to get closer to gender equality.

“Having a women-only director database makes it very easy to access a female director with the style and skills base for your project, plus the database is searchable into categories including comedy, VFX and documentary, meaning it’s proving very user friendly.

“I have already seen the benefits of being part of the global initiative and I think having female director in the mix is going to be an exciting chapter in the film industry whereby women can expand the scope and style of their work to create more opportunities.”

M&C Saatchi Sydney creative director Sharon Edmondston adds: “When I first heard about the Free The Bid initiative, I thought it was just the jolt we needed to revitalise our commercial creative industry.

“We can now make a formalised and measurable commitment to diverse and emerging talent. It's a bold idea and I believe it has the potential to transform popular culture as we stretch the breadth and depth of ideas we are exposed to in film.”