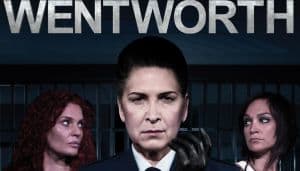 Foxtel is tripling the amount of cash it throws at local content each year until 2018 as it makes a major play to increase its slate of original programming.

Foxtel will increase its drama slate to five original series per year, up from the average of two, along with an increase in scripted comedy.

Today, Foxtel said this would be achieved by tripling the amount of money it invests in scripted content each year.

It also said it would line up nine new entertainment and six new documentary series per year, with the budget for factual programming also tripled.

Foxtel chief executive Richard Freudenstein said the increased investment was testament to the platform's aim of getting more Australian content to market.

“We’re passionate about growing the depth and breadth of Australian content on our platforms and we are thrilled to announce that we’re significantly boosting our investment in local commissions,” Freudenstein said.

“In an average week Foxtel broadcasts more first run content than other subscription services broadcast in a year. This announcement means that even more of that original content will be telling Australian stories.”

The move from Foxtel is a signal that it is increasingly betting on original content to bring in new customers, something out of the Netflix playbook.

Netflix has made no secret of its investment in original programming being key to luring customers into its platform around the world, with it famously costing $90 million for one season of Marco Polo.

Despite the huge price tag, Netflix said that it was able to offset the costs because the viewing audience was just so big.

It previously told investors that series such as House of Cards and Orange is the New Black is actually some of its most cost-effective.

While Foxtel can't rely on the worldwide audience of a Netflix to help offset the costs, insiders says that subscription video on demand platform Presto, of which Foxtel has a 50% stake, will be using high-cost local content to act as a lure for more subscribers.

It is unclear at this stage whether the increased investment on the part of Foxtel will work along the chain to Presto.

The first series to be announced under the new funding arrangement is Secret City, a political thriller inspired by journalists Steve Lewis and Chris Uhlmann.

The series is set to start in 2016, but it is not known whether any of the new programs are slated for release this year.

However, it has also flagged an increased investment in international content, although it did not say how much this would be.

Foxtel declined to answer further questions on the funding arrangement.