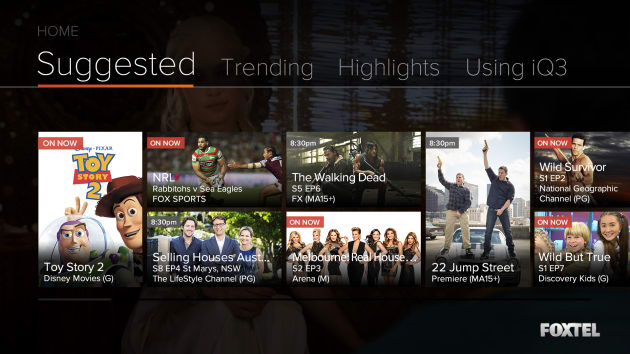 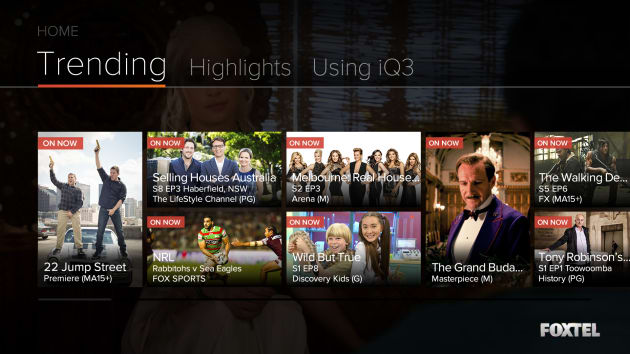 Foxtel will be hoping its newly-launched iQ3 set-top box unit will help stop a leakage of customers to subscription video on demand (SVOD) platforms, while driving customers towards its and Telstra's broadband options.

It has launched the long-awaited unit to the market, with customers able to pick up the new unit for a minimum of $150.

The iQ3 brings together Foxtel's television content and internet-delivered content in the one place, with one of the key features being a 'start over' function.

Users who have missed the start of a show are able to essentially rewind the program to start from the beginning, although this and a lot of other features require an internet connection.

They will also get access to suggested programs based on household viewing patterns, see what's trending nationally, and get access to daily highlights curated by Foxtel.

A lot of the functionality of the unit is IP-delivered, with Foxtel saying this would be unmetered over either a newly-launched Foxtel Broadband offering, or a Telstra connection.

Foxtel is hoping this will drive customers onto either its Foxtel Broadband or Telstra lines as it starts to push out its triple-play deal.

At this stage, while there are on-board apps available on the iQ3, SVOD app Presto will not be one of them.

It is believed that the plan is to integrate a Presto subscription onto the platform, but it is waiting until the offering between Presto and Foxtel is more differentiated before doing so.

Apps would be open to third-party development, to be vetted by Foxtel before appearing on iQ3.

Elsewhere, the new unit will feature a one terabyte hard drive, up from previous models which ranged between 160GB and 500GB, with the average subscriber housing a 320GB storage.

The increased storage means iQ3 users will be able to record three shows live while watching a fourth. One terabyte equates to 172 hours of high definition recording or 345 hours of standard definition.

The iQ3 is the third part of a series of moves aimed at both increasing its household penetration rate and protecting itself against the likes of Presto, Netflix, and Stan, which are threatening to undercut Foxtel on non-sports content.

The first was to launch a lower entry-price point, which it did late last year. The second was to offer bundling which included Foxtel, broadband, and home phone capabilities.

The iQ3 is the last part of the equation. It has suffered delays in getting to market, driven by technical issues with the on-board chipset, originally slated for release at the end of last year.

Foxtel's marketing director Ed Smith previously told AdNews that it “won't be stuffing around” with the marketing of its new offerings to market.