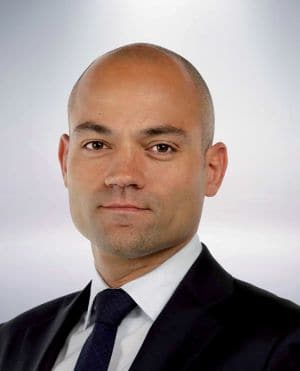 Farjami's new global role means he will still have his eye on the Australian market, as he seeks to grow Storyful's revenue and expand its business base. According to the Storyful website, Alex Cheeseman was Storyful's CRO, but his LinkedIn profile shows he moved over to a chief strategy role at the firm in January.

Speaking to AdNews, Farjami says he's excited to be moving into a role on a global level and is dogged about the firm's “aggressive expansion” opportunities.

“Storyful is in a great position and while still relatively young, is perfectly poised to achieve further growth,” he says.

“There's a huge opportunity to not only grow revenue, but broaden the business base and type of partnerships we’re engaging in.”

Dublin-based start-up Storyful, which was founded in 2010, was acquired by News Corp for €18 million (approximately US$25 million) in 2013. It operates as a stand-alone business unit within News Corp.

It's thought Farjami is not cutting his ties completely with Foxtel, and may be staying on in an advisory capacity.

Farjami has been in the News Corp family since 2014 after he left his Sydney-based chief operating officer gig at media agency Mindshare, for the director of national sales role at News Corp. After nearly two years he then moved into the chief commercial officer position. He also previously worked at MTV Australia and at Viacom.

Essentially, the aggregation content service tracks daily posts and data points from social communities around the world to work out what and where the important conversations and content are. Its journalists then verify the content and give context to the stories and trends it finds. It then acquires the rights to the content or licenses it for commercial use and delivers that value through its newswire and editorial services.

In addition to the aggregation service, in late 2015 Storyful began to ramp up on the tools it offers brands. It now allows them to do basic market intelligence, listening to what people are saying about their brand and the content they're sharing across particular areas, so they can optimise their social.

As well as Sydney and New York, Storyful has offices in London, Hong Kong and Dublin.