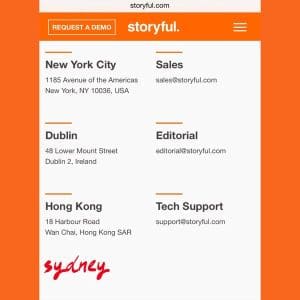 News Corp has appointed an Australian partnerships director for the social aggregation and authentication site, Storyful, it bought in 2013. The move points to an ofifcial Australian launch and more relationships with brands and advertisers.

The business has appointed Neil Varcoe to the role, who previously worked for the Australian Broadcasting Corporation (ABC) on its social media strategy.

Varcoe tweeted the news yesterday saying: “Thrilled to be bringing @Storyful Down Under #MoreNewsLessNoise”

Storyful started in Dublin and gained traction for its ability to authenticate user-generated content for news organisations to use legitimately in their reporting.

The business was acquired by News Corp in 2013 for US$25 million and last year teamed up with Facebook for its newswire service, FB Newswire.

The business has also been linked with brands globally, as brands look for ways to better monetise user -generated content. AT&T worked with Storyful in the US on an ad campaign that used popular internet videos to promote its new data roll-over service.

The fact that Storyful has appointed a partnerships director for the Australian market could point to the fact that it is looking to do a similar thing with brands in this market.

There is no word on an exact launch date for the Australian arm of the business.