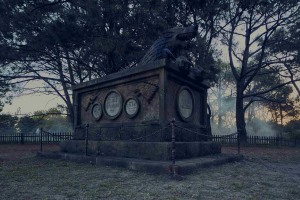 Foxtel has launched a series of activations and integrations ahead of the final season of fantasy series Game of Thrones (GoT).

The final season, which premieres exclusively on Foxtel this Monday, is one of its biggest draw cards, often producing some of the highest ratings for the pay-TV network.

As part of the launch, DDB Sydney and Foxtel have built a 2000 square metre graveyard that pays tribute to the bloodshed and more than 100,000 deaths over the past seven seasons.

The ‘Grave of Thrones’, situated inside Centennial Park in Sydney from April 12 – 14, was designed by DDB Sydney and built in collaboration with Revolver/Will O’Rourke and The Glue Society.

The final resting place allows GoT fans to reflect on the deaths of the show’s most iconic faces.

It features more than 30 gravestones, including two grand family mausoleums housing the deceased members of House Stark and House Baratheon and the headstones of some of GoT’s most infamous characters.

"It’s been a huge and passionate team working on it, with more than 30 in construction alone, plus some of the best sculptors, designers and painters in Australia and many more behind the scenes," a statement from DDB Sydney says.

The grave of Ramsay Bolton

Elsewhere on Foxtel, the network has teamed up with Fox Sports and the NRL to launch the first, and last, dedicated GoT round.

Logos and other custom designed on-screen elements will be seen throughout Foxtel's broadcast of the fifth round of the NRL, which kicked off last night when the West Tigers defeated the Brisbane Broncos at Suncorp Stadium.

Immediately following the game, The Late Show with Matty Johns also featured a large amount of Game of Thrones integration, with the panelists, including Johns himself, dressing as characters from the show.

Last season's debut drew in 820,000 viewers, which was the highest ratings ever for a series in the history of subscription television in Australia and was an increase of 13% on Season 6’s launch in 2016.

This figure, once it included streamed views on Foxtel Now and in total, counted for 893,000 unique individuals.

The Matty Johns Show with GoT cast