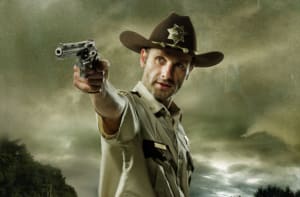 Foxtel has become the latest broadcaster to unveil its 2016 hand at its scaled down upfronts this morning in Sydney.

The subscription TV service has really backed Australian content, with the business announcing it will bring back 12 Australian series for more seasons, as well as revealing newly commissioned series.

The shows returning include: Wentworth, A Place to Call Home, Australia’s Next Top Model, The Real Housewives of Melbourne and Gogglebox just to name a few.

Foxtel's executive director of television Brian Walsh said: “We are proud to announce the recommission of such an impressive line-up of our returning Australian series, which is a testament to our production partners, creative teams and on-air talent. In 2016, our subscribers will see all of their favourite Australian shows return to Foxtel, as well as new series we are sure will become hits with our viewers.

“Our growing commitment to producing exclusive home-made signature programming for our subscribers will continue in 2016, with more Australian original series than ever before. Our significant investment in acquisitions will also continue, giving Foxtel viewers the biggest array of overseas series available in Australia.

Walsh also explained that next year the business aims to make it easier for consumers to watch the content they want at anytime. The network will continue to bolster its 'Foxtel Anytime' offering hoping to “be the driving force behind the most comprehensive nationwide streaming service available to all customers" as part of their package.

“Over the next year, Foxtel will provide its subscribers with more than 16,000 hours of programming, available anytime.”

“To complement our outstanding on-demand offering, our Box Sets channel is designed for our binge-watching viewers who want to watch or record full series of their favourite shows from Australia and around the world. It’s the only channel of its kind in our market and content on Box Sets will also increase next year, giving our subscribers even more freedom to watch what they want, when they want.”

In 2016, Donna Hay will also return to Foxtel with a brand new series for LifeStyle Food called Donna Hay – Basics to Brilliance.

Foxtel is unveiling its content line-up today, however the network isn't holding a traditional upfront presentation, with Foxtel's offering being presented as part of MCN's upfronts.

One noticeable omission from the network's content offering is the English Premier League games, with its sports channel Fox Sports losing the broadcast rights to Optus earlier this week.