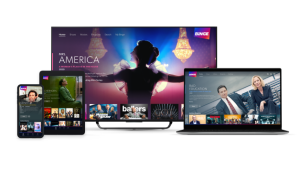 News Corp’s subscription video services, largely Foxtel, reported a revenue loss of US$129 million in the fourth quarter, as the company was hit by falling broadcast subscribers and the coronavirus pandemic.

For the fourth quarter revenue was US$407 million, down from US$536 million, or 24%, from the year prior. News Corp estimates it lost about US$30 million in subscription revenue from the closures of commercial venues such as pubs and clubs due to the pandemic, and another US$23 million, or 4%, from lower advertising revenue due to market weakness “exacerbated'' by COVID-19.

Full year revenue for subscription video services was US$1.88 billion, down from US$2.2 billion, or 14%, from the year prior. As well as fewer residential broadcast subscribers and the closure of commercial venues, News Corp says full-year losses were driven by changes in the subscriber package mix and lower advertising revenues due to COVID-19, however it was partially offset by higher revenues from Kayo.

Total paid subscribers at the end of the fourth quarter for News Corp's subscription video services was 2.777 million, down 12% compared to the year prior.

Most of this loss came from lower broadcast and Foxtel Now subscribers. Broadcast subscriber churn in the fourth quarter was at 13.2%, down from 14.7%, with 1.989 million subscribers across residential and commercial.

News Corp says the loss from broadcast and on-demand entertainment services was partially offset by growth in sports streaming platform Kayo, as sporting competitions started to return in late May, and its newly launched on-demand platform Binge.