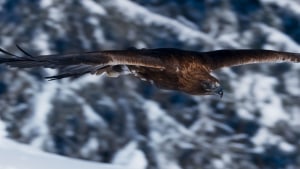 Ratings for the first week of BBC Earth show the new channel are off to a strong start on Foxtel, with primetime share up 67% on the previous three months for BBC Knowledge.

The advertising demo of Live P25-54 also saw a significant increase, with primetime share up 60% on the previous three months, and primetime average audience increasing by 42%.

Primetime average time spent viewing was up 34% and 35% of the audience reached were new viewers.

Replacing BBC Knowledge, figures show BBC Earth has increased audience share and brought in new audiences who are watching the channel for longer when measured against the performance of its predecessor.

“We are thrilled with the performance of BBC Earth on Foxtel.  In its first week we have seen bigger audiences with a stronger engagement compared to BBC Knowledge," BBC director of branded solution ANZ Tim Christlieb says.

"The strength of the global brand and the mix of natural history, science, travel and human stories are resonating with traditional BBC Knowledge viewers who are still able to see many of their favourite shows and presenters on the channel, as well as attracting new audiences to the channel.”

The launch of BBC Earth was part of Foxtel's wider wholesale repositioning and renewal of its entertainment and lifestyle channels.

Foxtel overhauled its entertainment TV channel line-up for the first time in a decade, introducing four new and exclusive Fox-branded channels, a wholesale repositioning and refresh of its Lifestyle franchise.

The channel changes across entertainment and lifestyle are a further step by Foxtel in shifting its offering, following major updates to its on demand interface.