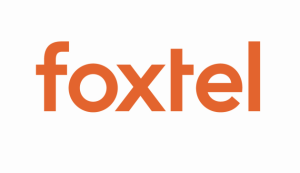 Foxtel has revealed that its new channel BBC Earth will launch for the first time in Australia on Foxtel on Thursday October 10.

He says the business will unveil a wholesale repositioning and renewal of Foxtel’s entertainment and lifestyle channels.

Further content from the deal with BBC, which was announced earlier this year, will also see many more hours of programming available to view in an enhanced On Demand offering in High Definition.

“The dedicated BBC Earth channel and the dramatically expanded on demand catalogue of BBC natural history shows are a great proof point that Foxtel provides the best of TV and on demand all in one place," Delany says.

“BBC Earth is one element of Foxtel’s long-term relationship with BBC Studios, which cements our position as the go to destination for premium British drama, entertainment, documentaries, natural history, children’s programming and news.”

Many popular series from BBC Knowledge will be migrating across to the new BBC Earth channel including Africa with Ade Adepitan, Building Giants, Dangerous Earth, Tribal Bootcamp, Where the Wild Men Are, Weird Wonders of the World, World’s Busiest Cities, as well as documentaries from Ben Fogle, Brian Cox, Levison Wood, Louis Theroux, Michael Mosley, Simon Reeve, and Steve Backshall.

“BBC Earth is for everyone who is interested in the world they live in and will offer best-in-class premium factual programming fronted by the BBC’s renowned presenters," BBC Studio ANZ director of branded services Tim Christlieb says.

"Many of the best-shows and much-loved faces from BBC Knowledge will find a new home on BBC Earth."