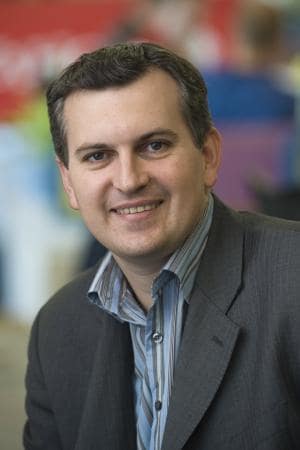 The TV market is in serious flux at present. Foxtel has announced the exit of Rohan Lund just hours after Network Ten announced a new CEO as Hamish McLennan steps down.

Ten's current COO Paul Anderson will take the reigns of CEO and non-executive director David Gordon taking over as chairman.

Both moves come as the Australian Competition and Consumer Commission chairman told the Australian Financial Review that it would be looking into all of the Murdoch family's local media interests before ruling on a deal between MCN, Foxtel and Ten which would see Foxtel take a 15% shareholding in the company.

The restructures at both organisations have given light to the confidence in its proposed shareholding deal, despite comments by the ACCC in the AFR suggesting a ruling is far from confirmed.

The comment places an additional hurdle on the agreement given News' 50% stake in Foxtel and New Corp co-chairman Lachlan Murdoch's 8.5% share of Ten.

However the market remains confident that the restructures from both networks are an indication of confidence that the agreement will go ahead. However, Baxter warns: "until the ACCC approves it – it's not approved.”

It's not yet clear where Lund or McLennan will go.

McLennan's allegiances to News Corp, point to his continued relationship with the group in some capacity, with observers commenting that “once you're in the News Corp fold, you don't tend to leave”. However others have speculated that those ties have loosened.

Lund, who will step down in September, joined Foxtel 18 months ago from Seven West where he was COO and, before that CEO of Yahoo7.

There is some speculation that his exit may be part of a much broader cost saving strategy at Foxtel, which is rumoured to have been eyeing $80 million cost cutting drive to fund the changes in subscription fees launched last year.

At Ten, Anderson is widely seen a being a strong part in the stabilisation of Network Ten and media agency bosses are backing him, although there is some concern that the change will “unsettle” the network.

Baxter said: “given everything with Foxtel, MCN and Ten, there was always going to a management change – now was the time. I'm sad to see Hamish go, he's done a great job settling the network and delivering the single most important thing after ratings – confidence. Ten is in a much stronger position now than it wast two years ago.

“The market now has to watch and see if the new leadership builds on that success and doesn't create instability and go backward. I don't think it will, there's good bench strength at the network,” he said.

However, Ian Perrin, CEO of ZenithOptimedia, said that the timing was “curious” since the network is experiencing such good momentum.

“What we've been promised form Ten is consistency, and Hamish has delivered this in terms of ratings and revenue and the go to market strategy. It has improve performance and ratings and there's some smart thinking around the deal with MCN.

“The change in leadership is curious because there is some momentum, but Paul Anderson has a great reputation and has been there a long time.”

Another media agency executive told AdNews that McLennan had done a good job building up the Network Ten business, but that if the deal between Foxtel and Ten is designed to drive efficiencies, it makes sense to have a former COO in the top job.

At Foxtel, Andrew Lorken has joined as executive director of broadband, starting in September. He joins for Accenture where he had been a senior partner since 2012, working on clients such as NBN Co.

Mortiz von Hauenschild is joining as executive director product and operations, taking on responsibility for product, wholesale and operations and will also sit on the Presto Entertainment board. He previously worked at Foxtel between 2002-2007 as head of product development and worked for private equity firm BC Partners following his role there.

Foxtel CEO Richard Freudenstein said the restructure is designed to maximise the company’s ability to capitalise on recent growth initiatives such as the establishment of Presto and products such as iQ3 as well as new product launches.

“As we move from launch of these new businesses and initiatives to the consolidation and growth
phase, it has become apparent that we need to put in place a flatter executive structure by
appointing senior executives to take direct responsibility for them,” Freudenstein said.

“At the same time management of Presto Entertainment has moved to the joint venture, which now has its own board and management structure.