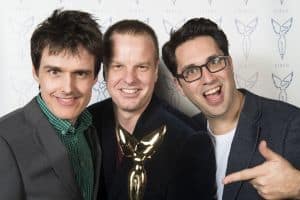 While Allpests can't get rid of husbands, they can do great radio ads, and its the work of Matt Dickson, creative solutions director at Southern Cross Austereo Perth, that took out top honours at last nights Siren Awards.

Dickson took out both the Gold and the Silver Siren award in the Radio Campaign category for his “We Don’t Do Husbands”, campaign.

The campaign for the pest control company is made up of three witty ads involving back and forth husband and wife banter, which won Dickson the campaign category in the first round of Siren Awards judging in June last year.

For all his efforts Dickson has won airfares and accommodation, plus automatic entry and tickets to the Cannes Advertising Lions Festival in June, for himself and his client Allpest.

Joan Warner, CEO of Commercial Radio Australia, said: “The creative bar at the Siren Awards is lifted every year. Matt Dickson’s very funny winning entry is a testament to the outstanding creative talent that is flourishing within radio networks. The extremely high quality of entries demonstrates the wide appeal of good radio advertising.”

See the other winners on the night below: