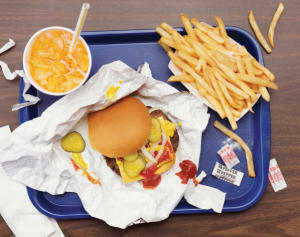 Food and drink marketing appears to have had a transformative 12 months where video and branded content have taken hold of the fiercely competitive sector.

“One clear shift that is now standard practice is the switch from TV to screens or video,”

This time last year when AdNews produced its annual food and drink report there was a general consensus that, for the large FMCG brands TV was still the best route to market while video was a strong disruptor.

However, in 12 months that attitude has most certainly changed. The rise and rise of platforms such as Buzzfeed's Tasty and the power of Instagram has combined to make mobile video in particular the media de jour for a food and drink marketer.

Hegg further explained: “The area that is in the highest rate of growth would be mobile. As convergence draws the point of engagement and transaction closer together, mobile is often that platform that can harness the opportunity to the point where it can even create new routes to purchases for brands.”

It's also been widely recognised this year, as evidenced by Kellogg’s 'Unstoppable Stories', that branded and native content is beginning to play an even greater role in the evolution of FMCG marketing.

“The trend towards integration and native content is strong throughout the segment and creative ideas on how to combine utility for the customer with exposure for the ad client will regularly win the pitch,” Cornelia Schulze, Bauer Media Group Specialist Division publisher said.

This resonates with Kellogg's ambitions. Will Brockbank, director of breakfast food, recently told AdNews: “If we really want to inspire teens we need a model that will pull them into the content and inspire them to share it with others – not the old school way through a TV set.”

Content is not limited to creating one-off plays and there is most definitely a move towards developing long-form, 'episodic' content which draws the viewer in over a long time frame and pulls them into what has been called a “narrative arc” where the storyline develops and builds a lasting connection.

The recent Subway campaign and the upcoming Bannisters push entirely hang on this premise. Brodee Myers-Cooke, editor-in-chief of NewsLifeMedia's (NLM) Taste, has been at the helm for 10 years and believes the past year has seen more change in the sector than ever before. Not only does she subscribe to the same ethos that video and native are driving the change, but she also believes there have been considerable changes in the audience itself.

“There have been more studies and more insights thanks to drilling down into the data and what we have seen here at Taste are changes in the way people behave around food and the choices they're making,” Myers- Cooke said.

“It's not necessarily about age groups or gender anymore, it's about the ways people look at food – whether that’s through the lens of health or provenance and so on.”

That change is obviously affecting the media and advertising decisions brands are making. Myers-Cooke makes reference to the fact that brands are more keen than ever to be transparent.

She calls it “genuine intention” and points to moves by the big FMCG players (Coca-Cola, Kellogg and Nestlé) to be more open and honest about where their food products come from and their practices in general.

Kellogg's recent 'Open for Business' initiative, in which it launched a website where customers could send in any query for a response, is a good illustration of it happening more frequently.

No doubt consumer pressure, like the recent push on Aldi to only stock free range eggs, is being felt in FMCG headquarters.

Looking at rising obesity rates and the fact that more than 60% of the adult population in Australia is overweight or obese, according to the Australian Bureau of Statistics, it's fair to assume consumption rates are on the rise. But similarly, digital has driven the consumption of food and drink media to an entirely new level.

Buzzfeed's Tasty, for example, is one of the hottest publishing platforms in the US. New players are still entering the market in Australia, each of them positioning themselves as offering something unique.

According to the Shareable Social Scorecard from March, the media publishing industry represented 22% of all actions (likes, shares, comments, retweets and dislikes) taken on content published by brands in the US.

Of the scorecard’s top 10, BuzzFeed’s Tasty saw the highest growth in engagement (30%) while it maintained the second spot in the rankings after lead publisher National Geographic Tasty’s content registered 49.1 million actions across social, with a piece of content stimulating on average 306,735 actions. The platform has 50.9 million fans or followers. Tasty’s 30% engagement growth in March was driven by Facebook video. Video accounted for 65% of Tasty’s Facebook, Twitter and Instagram content and drove 95% of its social actions on these platforms.

It’s clear that Buzzfeed’s success has opened the door for similar competitors to set up their stalls. In the last two weeks, Pacific Magazines extended its partnership with Allrecipes’ owner, Meredith Corporation USA, to bring the brand to life in Australia.

“Allrecipes fits with our business model on a number of levels,” PacMags’ commercial director Gereurd Roberts said. “Not only does it embed our partnership with a leading global player in Meredith, but it puts data front and centre of our decision-making to deliver audiences and clients more of what they want.”

The number of people consuming food-related content isn’t just restricted to eating in. As we know from the ongoing success of platforms such as EatNow and Zomato, restaurant booking and delivery has benefited from the dual rise of digital and food obsessions.

A new player in this market in Australia, Foodora, raises some very interesting prospects. Foodora allows its users to have food delivered from their favourite restaurants – not just any pizza place, but the hippest and finest food establishments in Sydney and Melbourne. Its model is quality over quantity and fills a gap where others are yet to tread.

Charlotte Rijkenberg, Foodora’s chief marketing officer told AdNews that on average 750 new restaurants are getting on board each week. While digital is at the heart of all the company’s marketing activities, she said it actively works into its schedule a number of pop-up events and partnerships with the likes of Messina and Burgerpalooza to spread the brand message.

“We look at most things we do as a cobranding opportunity with our partners,” she explained. “We want to work as closely as we can with the restaurants and try to have some fun as we go. And there will certainly be more collaborations that we can announce in the next couple of months.”

2016 is a big year in terms of the regulation affecting food and drink advertisers which will impact what many are able to say and do in marketing collateral and on their packaging.

Food labelling will change in Australia from July, showing how food provenance is more important now than ever before. A national consumer information campaign has already started to raise awareness of government changes to food labelling that come into effect on 1 July.

Food provenance has become a key, deciding factor in many consumable purchases and the federal government is taking a lead.

From July most food that is made, produced or grown in Australia will have to carry a Made in Australia label that includes the kangaroo symbol as well as text and a bar chart indicating the percentage of Australian ingredients the item contains.

Labels for most products packed in Australia that contain imported foods which have undergone minor or no processing in Australia will carry a ‘packed’ statement, as well as text and a bar chart indicating the amount of Australian ingredients. These labels will not carry the kangaroo symbol.