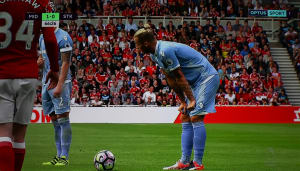 The unfortunate (and uncontrollable) technical problems experienced during the opening round of Optus Sport's English Premier League coverage will take some of the gloss away from what has been a success story for Fetch TV.

The internet TV company, which provides the set top box technology for Optus Sport to show its games, has seen unprecedented growth in the past two years and expects to double its subscriber numbers to 600,000 this year alone.

Partnering with telcos and other ISPs for fresh content bundles has helped Fetch TV achieve remarkable growth and the English Premier League, from a Fetch TV perspective, could not have gone much better. The problems with a broadcast outage and streaming lag had nothing to do with the hardware Fetch TV provides.

AdNews has been provided with a Fetch TV box and access to Optus Sport to test out the technology. So far, the hardware has run glitch-free.

“Unfortunately with all of the negative press, what will be lost in all of that is the Fetch side of the equation performed brilliantly,” CEO Scott Lorson tells AdNews.

“One round in, we’re delighted by the feedback we’ve received on the Yes TV by Fetch platform. It was very smooth transmission across our devices and the viewing levels were phenomenal from new customers and the existing base, and it’s a really nice platform to build on for round two.

“We’ve certainly seen a dramatic swing up in the demand as the season approached and we expect that to continue into the early rounds as more and more customers come on board and the word of mouth and advocacy builds.”

Lorson wouldn’t be drawn on how the impact of the Premier League alone has lifted numbers, explaining that Fetch TV doesn’t do the investor relations bidding of its partners. This week Optus told AdNews it wasn't going to reveal subscribers at this point in time, either.

“We’ll have to come home with a wet sail to reach the target because 300,000 in a single year, no Australian pay TV provider in the last 12 years has achieved, but we’re still gunning for it. We remain confident that sort of number is achievable,” he says.

The popularity of the Premier League is one important hook, but not the only one. Recently, Fetch TV has added Presto to its stable of SVOD players, which features Netflix and Stan.

In the past 15 months, Fetch TV has added 12 new channels, three SVOD players and five FTA catch up services. Channels include Comedy Central, three BBC channels, Universal, Spike, the Food Network and others.

“On the SVOD players there is some incredibly rich content across all three, but we are obviously finding that Netflix continues to be a clear market leader but there is strong demand for Stan and Presto as well.”

The Hillsong channel, which launched a month ago, is the evangelist church’s first live channel that it has launched worldwide and it can be added for free.

Hillsong says each week it has about 60 services in Australia and attracts 100,000 people to its churches globally.

“As with all things Hillsong, the demand there is very strong. We’re only three weeks in and I’m quite surprised with the take up,” Lorson adds.

“We think we’ve got a great foundation now in terms of the content offering but we will continue to aggressively build out the options we have available as we have over the last few years.”

This includes adding another 10-20 channels Fetch TV is in talks with over the next 12 months. There’s also discussions with more foreign language channels, including in South East Asia.

Fetch TV’s strategy is to partner with telcos and ISPs that rival Telstra and offer more content bundles to grow its catalogue.

“You’ve got a strong incumbent telco and pay TV operator (Foxtel). To compete against that strength and do so in a way that’s going to build customers, you need a coalition,” Lorson adds.

“We integrate third-party services and curate our own products. What we’re trying to do is provide a one-stop, non-stop home of entertainment.”