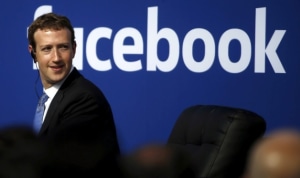 Facebook has tightened its policies around hate speech and misinformation amid a growing advertising boycott from some of the world’s biggest brands.

Over the past two weeks, brands such as Unilever, Coca-Cola, Starbucks and Verizon announced they were pausing ads on Facebook, with some extending it to other social media platforms. Shares for Facebook fell 8.3% at the end of last week after Unilever said it would halt advertising on Facebook’s products for the rest of the year.

Now, after beginning a review three weeks ago, CEO Mark Zuckerberg outlined changes in time for the November presidential elections.

As part of the new restrictions, the platform will ban ads that suggest immigrants, refugees and asylum seekers are “inferior” or express contempt, dismissal or disgust directed at them. It will also start to label content that may violate their policies if it is deemed newsworthy. Both policies will be applied on its platform across the globe.

“Overall, the policies we're implementing today are designed to address the reality of the challenges our country is facing and how they're showing up across our community,” Zuckerberg said in a post.

“I'm committed to making sure Facebook remains a place where people can use their voice to discuss important issues, because I believe we can make more progress when we hear each other. But I also stand against hate, or anything that incites violence or suppresses voting, and we're committed to removing that no matter where it comes from.”