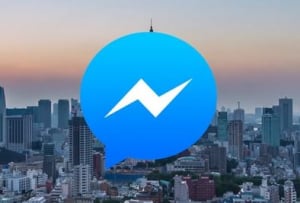 After months of speculation, Facebook has finally announced that it's rolling out chat bots for its Messenger platform, meaning people soon will be able to book hotel rooms, check flight details and get shopping receipts all in Facebook's messenger platform.

The news was announced overnight at Facebook's F8 event, with the social behemoth outlining that this new Messenger send and receive API will not only support sending and receiving text, but also images and “interactive rich bubbles” containing multiple calls-to-action.

“Starting today, all developers and businesses will have access to documents to build bots for Messenger, and submit them for review. We will gradually accept and approve submissions to ensure the best experiences for everyone on Messenger,” Facebook outlined in the announcement.

This new phase will also see ads extend to Messenger, with Facebook highlighting that News Feed ads will enable the opening of threads on Messenger and a new customer matching feature will allow messages that are usually sent through SMS to be sent on Messenger.

Every month more than 900 million people engage with Facebook's Messenger app, and there are now also more than 50 million businesses on Messenger, with the social giant explaining that it's been exploring for sometime how it can expand the capabilities of this platform.

Facebook has run some initial tests with businesses around engaging with consumers in Messenger, however today the service officially enters the beta phase.

As these features become a reality, Facebook has also announced new controls for consumers so they can be in control of how brands interact with them.

“We are focused on facilitating messages from businesses that provide meaningful value to the people who receive them,” Facebook explained.

“People will be able to mute and block communications that they don’t want to receive. There are also strict policies for developers and businesses to uphold and we will have review processes to ensure we carefully evaluate how our community is responding.”