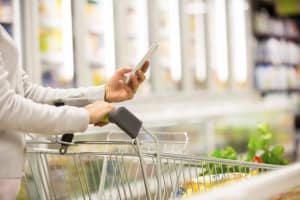 Facebook is broadening the reach of its Audience Network platform by giving publishers the tools to sell advertising across mobile websites.

Trialled by a handful of publications in the US, it allows those publishers who do not run apps to make use of the system and roll out mobile advertising.

Many publishers have hit barriers when attempting to derive significant advertising revenues from mobile web properties.

“As we started working with publishers in mobile apps, we heard loud and clear from them that their mobile web properties are super important,” Facebook vice president of advertising technology Brian Boland says.

“Mobile web was a huge ask for publishers because it’s hard for them to monetise their supply and to deliver relevant ads there."

Facebook explains that from an APAC perspective, roughly 35% - 40% of publisher's traffic now comes from their mobile sites, with this number only going up.

The social network has been testing out the new offering in closed beta for the past few months and wouldn't be led on the results or revenue generated from the extension. However, the social player says in the mobile app space, Shazam was able to drive its revenue up by 37% by using its mobile app offering.

The extension of Facebook’s Audience Network further builds on its relationship with publishers, with the business launching Instant Articles in May last year. Instant articles builds on a user's content experience on Facebook, all while adding another way for publishers and Facebook to generate revenue of their content in the social platform's eco-system.

Facebook keeps a cut of the ad revenue it generates through the Audience Network, with the remainder being passed to publishers. It declined to comment on its revenue share arrangements.

Publishers from now on will be able to serve typical banner ads to mobile web users through Audience Network, but Facebook says it expects native ad formats will more likely perform better.

They will also have the ability to customise ad units to match the look and feel of their mobile sites.

Facebook says native formats make up more than 80% of the impressions across the Audience Network and perform up to seven times better than standard banner formats.