Advertising revenue reached 5.2 billion and increase of 57% year on year.

Facebook founder and CEO Mark Zuckerberg says the result are a great start to the year.

"We're focused on our 10 year roadmap to give everyone in the world the power to share anything they want with anyone." 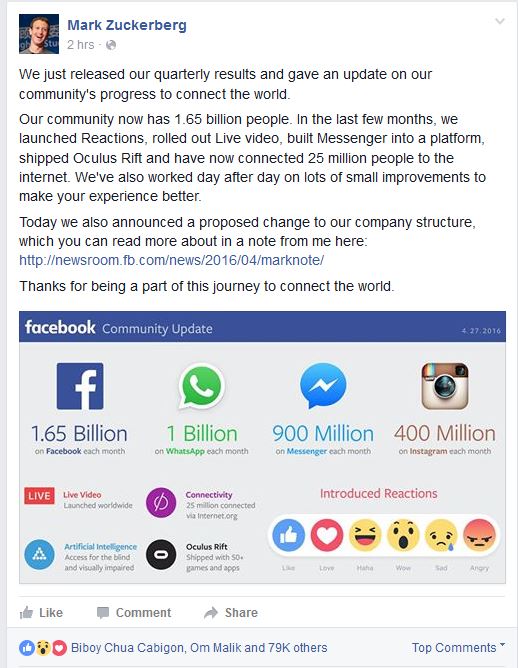 The company also announced a proposal for the creation of a new class of non-voting capital stock, called 'class C' stock, in order to keep Zuckerberg in control of the company.

For each outstanding class A and class B share held by our stockholders, Facebook will issue two new class C, non-voting shares as a one-time stock dividend. It means Zuckerberg will be able to continue to run the company without pressure from investors on near-term earnings results.

“Everything we do at Facebook is focused on our mission to make the world more open and connected,” Zuckerberg says.

“To maintain our focus on this mission, we have always been a founder-led company. This structure has helped us resist the short term pressures that often hurt companies.”