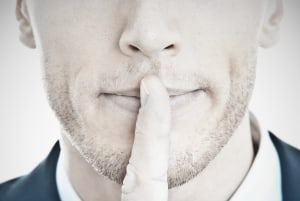 The shift of the Australian Open Tennis to February, delayed three weeks because of Victoria's quarantine rules put in place to combat the pandemic, helped cause a dip in metropolitan television ad spend in January.

In the December quarter, bookings for television led a surge with growth of 15.3% bringing the decline for the half year to only 1.2%.

The rush to secure TV bookings for the holiday sales helped end a negative run for ad spend with November media agency bookings growing after 26 months of falls in a row.

However, early SMI (Standard Media Index) numbers, not released publicly, so far show metro TV at a negative 6.3% for January.

An already quiet January made slower with a major sporting event delayed.

Industry insiders say the shift of the Australian Open into February had a dual impact -- ad spend shifted from January and Seven West Media picked up a little market share from tennis broadcaster Nine Entertainment.

Analysts say Nine will see a big lift when the numbers for February are clear.

Will Pang, CEO of MediaCom AUNZ, says the TV fall was due in part to the tennis but also just a slower January.

"I think it’s somewhat sociological," he told AdNews. "Everyone needed a break after 2020, so slower and more muted January, with retail sales as a leading indicator, a COVID overhang.

"Definitely coming back quickly in TV. Almost can’t buy space. Good for them."

January is a blip on a trend to growth. Forward bookings for February show strong ad spend at 98% of 2019’s level already in the system.

Ben Willee, general manager and media director at Spinach, says the TV market is always healthy this time of year with advertisers makinge the most of the return of high rating programs.

"There’s no doubt airtime availability in February is very tight but it’s too early to tell if it’s a bumper month just yet," he says.

And the overall January SMI numbers, currently showing a slide, will improve with digital, which has been leading spend, still to be added for a final count.

The sectors showing a negative for January are automotive, banks, insurance and retail (following the December Christmas surge).

Insiders say the government is still spending big and the home appliance and furnishing sector is selling hard to pandemic-weary consumers improving their home life.