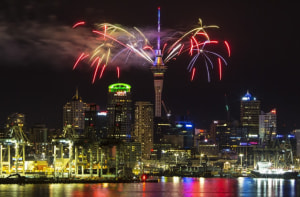 Ad spend grew for the first time in more than two years in November driven by a boom in television bookings, according to interim numbers from SMI (Standard Media Index).

The latest data, distributed to SMI subscribers but not released publicly, shows media agency bookings growing after 26 months of falls in a row.

Total agency ad spend was up 0.1% compared to the same month last year, even before late digital bookings, due come in over the next few weeks, are added to the November numbers.

This is final confirmation that, as industry analysts have been forcasting, Australia’s advertising market is emerging from the dark economic trough of the coronavirus crisis and shrugging off a sliding market before the pandemic.

The rise was driven by a 15.3% increase in TV bookings, mostly due to the three State of Origin matches being moved into November due to COVID.

But that demand washed across all the TV networks with each reporting higher bookings in November.

Outdoor is also recovering, mostly led by retail where the value of ad bookings is already 12.8% higher in November.

In print, ad spend lifted at the two national mastheads -- The Australian and the AFR.

"The industry has suffered through the longest advertising recession in its history, but the SMI data shows the drought has broken and the market is finally returning to growth.

"It’s actually quite extraordinary for any growth to be reported in a COVID year, and that bodes well for an even stronger market in 2021.’’