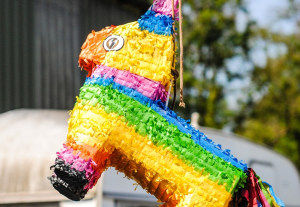 Bonuses, with short and long term goals to decide the level of payout, have long been used in the advertising industry as a way to keep staff and to ensure they stay focused on clear business objectives.

Independent media agency This is Flow recently announced it would share up to half its profits with staff.

Jimmy Hyett, founder and CEO: "I hope this model will cause a stir in the industry, especially in this climate where it almost seems ludicrous to give away profits.”

But is that level -- 50% of profit -- unusual and does it help incentivise staff to work at growing the business?

Recruiter Simon Hadfield, managing partner at DMCG Global:: “Fantastic initiative and agree that it could be a real game changer for talent retention.

“I hope it’s not too optimistic however as margins in the business overall are small ... so do the numbers work?”

The 50% is probably at the high end of profit shares, depending on how they are calculated. Hadfield says a standard would be 10% of annual profit with the staff.

“We offer this for the managers of each team only to feel empowered and rewarded for the success of their team,” says co-founder John Vlasakakis.

It works by calculating all the revenue that was paid in a month, then subtracting wages and operating expenses. And then 5% of the profits are paid at the end of each quarter.

Each staff member can receive an another 5% bonus if they achieve annual individual targets.

Independent Pearman Media has profit share, based on a certain level of profit before tax.

Then all staff get a 5% extra on their salary and 10% bonus if another level is reached.

“We also give everyone their birthday off as paid leave and once an employee has completed five years continuous service, they are entitled to five days bonus leave per year, that is, five weeks annual leave,” he says.

Publicly listed companies have the additional lever of share grants/options/purchase plans. Bonuses are linked to incentive plans usually expressed as a percentage of base pay, depending on certain hurdles being met or exceeded.

And because such companies are required to report the level of payments we know, for example, that James Warburton at Seven West is a $7 million man.

Independents are stuck with bonuses based on a percentage of base pay or a share of profits.

As the advertising market surges post the 2020 pandemic year, global advertising groups have been topping up the cash in incentives schemes.

The businesses are seeing big jumps in revenue but that also means a rise in costs, including bonuses.This is magnified by the general shortage of experienced staff, which is underpinning wages.

WPP, whose revenue has already returned to pre-pandemic levels, has “significantly increased” incentive pools for the second half of the year.

The schemes, whether the profit share comes as a percentage of annual salary that vests over time or a cash bonus, are designed to incent and retain employees.

This has renewed significance in today’s talent shortage. “The great resignation” -- as people reassess their world and lifestyles post the 2020 pandemic year -- makes retention strategies such as profit-sharing more relevant.

“However, I would argue that a profit sharing plan or bonus only goes so far,” Pattisall told AdNews.

“For younger agency workers, there is more to the job than money, including the work, the energy of a creative environment and the valuable experience gained that builds careers. To less tenured workers restricted or vesting sums of money can feel immaterial or ‘not real’ as the proceeds are not accessible without tax implications.

“And if employees leave the company prior to the vesting period the amount the employee takes with them is considerably less than what was initially granted.

“Where profit sharing appears to be more effective is in the retention of tenured employees who have worked longer periods of time with the company and are vested in the profit sharing.

“This situation is strong financial motivation for employees to feel appreciated and committed to the employer.”

“In today’s environment of a talent shortage, any program that can help recruit and retain top talent is an asset,” says Pattisall.