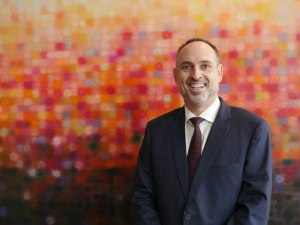 In the new role, commencing later this year, Baxter will advise CBMA clients on areas of brand and customer experience, as well as support the CBMA leadership team in further growth and development.

The ex-Publicis exec left the group at the end of March. He had been with the network since 2014, joining Publicis Worldwide ANZ as its CEO before being promoted to chairman in February 2017.

“In under a year our CBMA team has grown to over 100 people and is delivering work for some of Australia’s most forward-thinking organisations – Andrew will help us build to the next level," KPMG CBMA partner-in-charge Paul Howes says.

"He also brings unparalleled insights into how clients can bring maximum value to the brand and consumer value chain, as well as a compelling lens to help our clients reshape their customer conversations.”

During his time as CEO of Ogilvy Australia, Baxter oversaw campaigns including AAMI’s “Rhonda and Ketut” and Coca-Cola’s “Share a Coke” campaigns, as well as the re-launch of the Bank of Melbourne and announcement of the Myer IPO.

Baxter is the latest industry leader to join KPMG’s CBMA business since it was established in July 2017.

Other members include Carmen Bekker, Amanda Hicks, Lisa Bora and Mark Hassell, who joined as partners in the past 12 months.

“I’m excited to be joining the fast-growing team at KPMG," Baxter says.

"The rise of the customer is reshaping how businesses operate, and now more than ever Australian companies need a “whole of organisation” approach to their marketing and operations.”

KPMG rival PwC has also been stocking its marketer offering with top talent. Earlier this month one of Australia’s most senior marketing execs, Mark Reinke, was revealed as the latest top exec to join PwC's CMO Advisory Practice Board. He joins the likes of Sunita Gloster and Russel Howcroft.