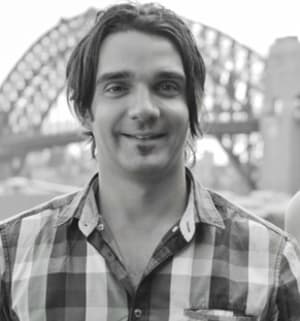 Streaming Video on Demand, pay TV and IPTV has become a sprawling mass of confusion in the Australian marketplace – and Oliver Mistry wants to make a buck from it.

The ex-Foxtel and Leo Burnett digital marketer is heading up a comparison site, which is he pitching as the “iSelect of SVOD”.

Called CompareTV, it is one of a number of comparison sites looking at payTV and SVOD services such as WhistleOut and YouCompare to help consumers make sense of it all, but Mistry is pitching CompareTV as the most in-depth offering in the marketplace.

In much the same way insurance broker sites may get a commission for every referral, Mistry is hoping by building a more complete site, that it becomes a one-stop comparison shop, tapping into what Google calls the Zero Moment of Truth.

“We know that when people are looking at these services they're heading online to do research first,” Mistry told AdNews. “What we're hoping to do is become that point between that initial trigger to buy and the first moment of truth along the chain”.

“We see a lot of potential in this space because there is just so much noise out there. People are hearing a lot about these services, but there's no real clear service putting one next to another, to demistify the whole thing.”

SVOD industry leaders have constantly told audiences that there would “be an education piece” around SVOD, and Mistry is hoping CompareTV will become part of that process of educating consumers.

But, as Mistry admits, the offering from the site is sparse so far.

To address that Mistry is beginning to add more features to the site, including video, social, content comparison, and special offfers.

The videos could range from product overviews, to how-tos and content reviews, Mistry says the rationale for videos is not just to increase time on site and make traffic stats look good, but is also a demographic grab.

He also said by adding social ratings to the site, he hoped to add further weight to the site’s objectivity.

“We know that even random people we don't know have more legitimacy than a brand when it comes to that consumer advice space, so we're hoping to tap into that,” Mistry said.

However, given the site ultimately wants to monetise through people buying packages through its site, he would be pretty stupid to let negative product reviews through, right?

“I can see that point,” Mistry admitted. “But if we only feature those positive reviews and kind words we're going to lose all legitimacy in the marketplace, and it's hard to make money if nobody's going to your site.”

However, the two big areas where Mistry thinks CompareTV can start to stand out from the crowd is in special offers and content comparison.

He is currently in talks with a number of players about putting together special deals for CompareTV users. The site does have deals on these, but these are available to the wider public.

“We're currently talking about how to do that, whether that's through extended trials for CompareTV users or a certain amount off when they sign up....we're currently trying to work that one out,” Mistry said.

However, where he's hoping to make a real difference is with content.

“To a large extent, people don't really care about platform,” Mistry said. “What they care about is content, and with this SVOD thing that's the really confusing thing to consumers.”

“I want people to be able to go onto the site, and put in that they want to watch Girls, for example. What we want to do is give people the best advice on where and how they can watch the show right now, and sort of track where the show goes through the various content windows,” Mistry said.

Add in potential bundling deals with phone, internet, and TV and things start to get really complicated.

Mistry added that it could seek to put together bespoke bundling deals for users by working with providers, but nothing was concrete yet.