Esther Carlsen on her next move at Acxiom 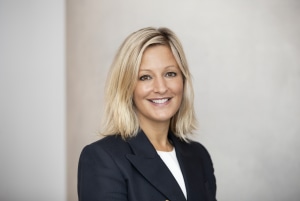 Esther Carlsen has worked in publishing, programmatic, ad tech and now, as the managing director of Acxiom’s new division, Liveramp, she is moving into martech and has big plans for the future.

With her WPP background at Xaxis, Carlsen says Acxiom was a natural progression and hopes to double her team of five in the next 12 months.

Carlsen describes Liveramp as “the connective tissue” between advertisers, agencies and tech platforms and says it’s the technology that underpins the translation of data from one destination to another to create the sought after 'single customer view'.

“Marketers find it difficult to tie all the different customer data points back together to one identity,” Carlsen says.

“The biggest trend we are seeing, and why Liveramp decided to launch in Australia, is marketers’ customer obsession.

“Customer obsession is not something that’s unique to Australia, it’s globally driven and there are studies that have found 99% of marketers say it’s important to achieve an omnichannel view.”

She adds that identity resolution, which is the pairing of separate data source to one identity, is the next “corporate battleground” for brands and is confident Liveramp can unlock this “holy grail” for marketers.

Liveramp boasts 1000 clients globally and while Carlsen says global clients are a huge benefit, she doesn’t want to ride of the coattails of the network, and is focusing on bringing on board local clients.

It is already working with Carsales in this market and digital programmatic agency Bench.

What’s unique about Liveramp, Carlsen explains, is that it’s a neutral player in this space and has the ability to work with any platform or player.

“We’re the Switzerland of martech space,” she says.

The biggest challenge for Liveramp isn’t the current discourse around privacy, but market education, Carlsen says.

In fact, she views the backlash around Cambridge Analytica and GDPR as a positive as it means people are asking more questions about their data privacy.

“GDPR has shone a spotlight on consumer privacy and started an important conversation, which Acxiom has been ahead of," she says.

"Everything we do is underpinned by customer privacy. We’ve prepared for GDPR compliance globally so it hasn't impacted the launch of our business in Australia."

Having gone from Xaxis to Acxiom in February last year, Carlsen says she’s spent the last year learning the ropes while making sure the business doesn’t lose momentum.

“It’s corny, but I think what I’m working on now is truly the future of marketing,” she says.