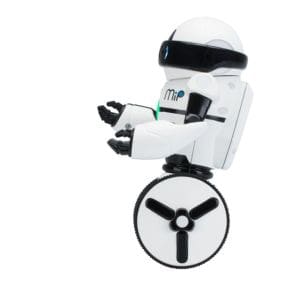 Ebay is hosting a pop-up innovation lab to introduce people to emerging technologies such as virtual reality, 3D printing, holograms and 360 video to see how people respond and whether they will live up to the hype.

The two-day Innovation Lab activation in Sydney's Darling Harbour aims to see 3000 people come through the doors and interact with the tech on display.

It's a consumer research project to explore emerging technology and people’s reactions to technology such as holograms, robots, virtual reality and 3D printing will be tracked via gaze monitoring, dwell time and mobile questionnaires.

Steve Brennen, eBay senior director of marketing and retail innovation told AdNews that eBay is aiming to use the insights from the activation to inform its future activities. It will share the findings with retail partners including Dick Smith and Bing Lee.

Th platform believes it is the biggest tech community online in Australia because of the 8 million people taking purchases on eBay in the last year – half bought a tech product. There are also 400,000 tech sellers in Australia, and 110 million searches for tech were made on eBay last year. From that it can identify searches for new products that aren't yet available to the market that will be “game changing”.

Brennen cited Fitbit as an example of how interest in new technology on the site has increased in line with the consumer trends. Searches for Fitbit had increased a staggering 50,000% he said. (That's not an extra zero – 50,000%)
“It's gone from zero to mass market,” he said, whereas 12 months ago people might not have been interested.

“There's an insatiable appetite for technology in Australia. We're early adopters and people are searching not only for tech that's available in the market but things that aren't even here yet,” he said.

“Some of this tech is really hard to understand until you see it and get your hands on it so we thought we'd do an activation to find out what people actually think of it, do they think it will be a game changer and what role it might play in their lives.”
Other tech, such as 3D TV, for instance, were hyped to be the next big thing, but it didn't really transpire. Ebay is hoping to find out what will be the hits and misses of these emerging technology. Will virtual reality finally take off, or will it again be relegated.

Futurist Chris Riddell is working with eBay to analyse the data collected and it hopes to publish the findings next month.

Riddell said:“In 2013, 3D TVs were predicted to take-over the home viewing experience but consumers swiftly turned their back on the much hyped tech. There are a number of questions left to be answered around new technology - ‘will we embrace drones as pets? Will 3D printing take personalisation to an unrecognisable level?’

"We will be measuring what people think and feel around the technology earmarked to enter Australians’ lives in the coming years in order to provide insights and analysis into what Australians can really expect from the future.”

The innovation lab is running today and tomorrow (25/26 September) and will showcase these emerging technologies: