Isaac Asimov sure would be proud, given a robot on the staff books at media agency Atomic 212 made its way to the front of the line to be one the first 'people' to get a new iPhone 6s.

The Double Telepresence machine is not quite sentient though, and was pressed into action by Atomic 212's marketing communications manager Lucy Kelly, who used the technology to circumvent the inclement weather other queuers are still suffering under in their wait for the release of the new iPhone 6s.

“I want an updated version of the iPhone but I wasn’t going to wait in the cold and rain to get one,” Kelly told the Daily Telegraph as news of the robot spread through global media – from Mashable, The Mirror, Channel Seven News and beyond.

Inadvertently summoning perturbing images of cyborgs and Skynet and Terminators, Kelly added: “I want to be the first robot to buy an iPhone.”

The independent agency's robot, which will also be used for brand activations and promotional activity for its clients such as Dick Smith and TAB, is controlled via an app or from the web via Google Chrome.

The user can manoeuvre the robot and, using the iPad's built-in camera and microphone functions, easily interact with people. To this end, Kelly was seen cheerily chatting away to people in the street while preparing Vegemite toast.

CEO of Atomic 212, Jason Dooris, said it's been the fastest and largest global viral social media campaign in years, or perhaps even ever, in Australia

He said it doesn’t just show that the media agency is at the cutting-edge of leading technologies, but more than that, as the robot is allowing richer, more intimate connections with the agency’s clients and partners

“At last count the campaign has been covered by more than 1200 global media outfits including national television news in the US, UK, Australia, China and many more,” Dooris said.

“For a global brief I couldn't be happier with the creative media teams performance.”

The Double should also be able to withstand any buffeting from pugnacious queuers too as it features gyroscope and accelerometer sensors. Should any of you be concerned with the robot going rogue, put your minds at ease: it has a GPS tracker so it can be easily located.

Atomic 212 has a number of the Double robots – described pithily by Cybershack as 'an iPad on wheels' – and has pressed them into service for its clients. Its next trip could see it as brand activator for TAB during Spring Carnival season and it may also be seen lending a (non-human) hand while pitching in as a store assistant at Dick Smith.

All in all, Apple may have just pulled off the Holy Grail – with an iPad buying an iPhone, and who knows, perhaps customers might just be a thing of the past... 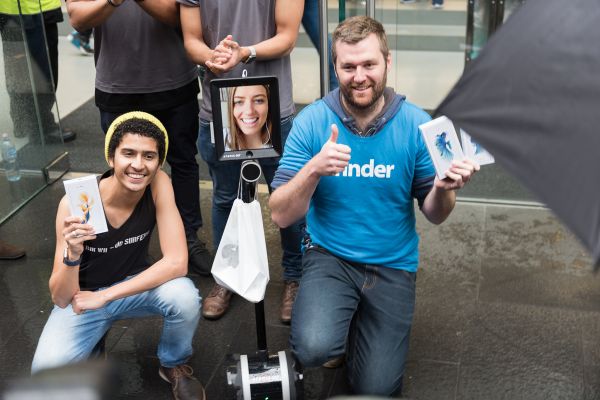 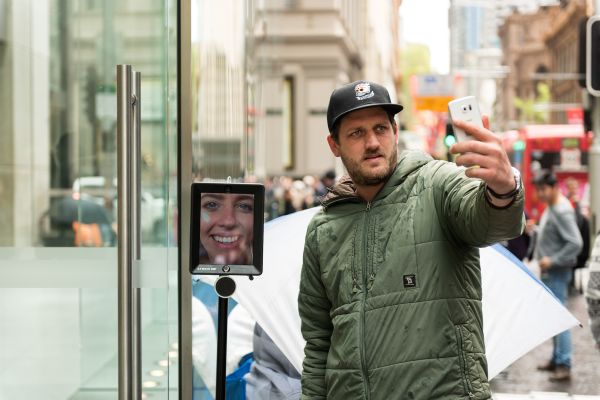