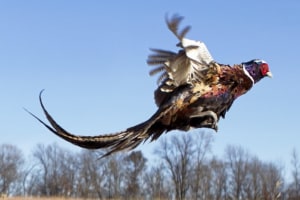 The key drivers of weakness in the media agency ad bookings, according to UBS, appeared to be: retail, down 31%, auto 34%, consumer electronics 49%, financials (ex-domestic banks) 51%, and travel 29%.

A weak December, when the numbers are finalised in a few weeks, would be the 16th month in a row of negative growth.

Analysts had been hoping for a positive number for agency bookings in the final quarter of 2019 but this failed to materialise.

The Australian media agency market reported an 11% drop in November, after an 8.5% fall in October. The early SMI numbers indicate another negative month.

However, December could improve because many in the advertising industry are still on leave, meaning their final month numbers haven't been loaded. It depends on the strength of those late numbers.

"We highlight that this month's mid-month SMI data may be subject to even more change than usual," write analysts Eric Choi, Tom Beadle, Minnie Tong and Claire Yan in a note to clients.

"We understand that many media agency staff are still on leave, and hence may be even later than usual in loading their advertising payments."

The analysts say the metro TV market likely worsened again in the final quarter of calendar 2019.

The early SMI numbers suggests metro TV ad bookings down 11% in December, following a 14% dip in November and 8% in October.

"We think this ad market weakness should have been partly expected by the market," say the analysts.

The final December SMI numbers should be known in two to three weeks.