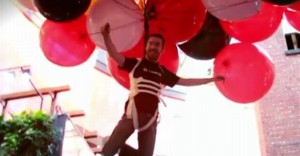 The pre-Christmas santa rally in retail ad spend failed to emerge, with the retail category ad spend dropping 17% and specialty retail down 15.6%.

"There’s very different trends emerging on either side of the Tasman within retail, although the one similarity in both markets is the ongoing growth in ad spend by online retailers,’’says Jane Ractliffe, SMI AU/NZ managing director.

Outdoor was the only media reporting higher November bookings, up just 0.4%.

However, SMI’s early December Australian ad spend data (ex digital media) shows an improving market given that 89% of the value of December 2018 bookings are already confirmed.

"And within that data we can already see higher December ad spend is being reported by key categories such as Insurance, Domestic Banks, Government, Food/Produce/Dairy, Communications and Recruitment,’’ says Ractliffe.

Analysts at SMI had been predicting a return to total advertising market industry growth in the December quarter but the first two months have been negative.

The Australian market was also affected in November by softer ad spend in automotive with lower car sales.

Combined with the softer Retail ad spend the collective decline of those two categories accounted for 35% of the total fall in ad dollars in the month.

Political Party/Union ad spend fell 81% fall in November compared to the same month last year when political activity was ramping up ahead of the May Federal election.

And unlike Australia, retail advertising jumped. Retail and Specialty Retail categories were the two strongest performers in a pre- Christmas ad spend lift.