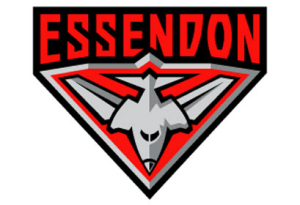 Major sponsor Kia Motors and Seven West Media will continue to support Essendon Football Club after a court ruled 12 Bombers would be suspended this season for doping offences.

The club's other major sponsor, Fujitsu, has not yet responded to AdNews' approach for comment.

On Monday, the Court of Arbitration ruled 34 past and present Essendon players were guilty of taking banned substance thymosin beta-4 in 2012. The decision overturns an AFL Tribunal decision that had cleared players last March after the club was initially punished in 2013.

Kia Motors Australia general manager of media and corporate communications Kevin Hepworth says the carmaker will continue to honour the five-year deal that runs until the end of 2016.

"Kia Motors has a commercial relationship with Essendon Football Club and it is Kia Motors' normal business operations to honour that relationship," he says, adding the club would not comment any further at this stage.

As part of the sponsorship deal, Kia and Fujitsu rotate the prominent branding spot on the Essendon gernsey each week. Kia also supplies automobiles and supports several community initiatives for the club.

When Kia signed the five-year deal in 2011, it was believed to be worth more than $10 million, making it one of the largest club sponsorship packages in Australia. Aside from brand exposure, the partnership provided Kia with access to Essendon’s supporter base of more than one million fans, including almost 300,000 unique database contacts.

Seven to 'stand by' Bombers

The free-to-air broadcaster of the AFL, Seven West Media, says it will "stand beside the clubs and the code’s administration in the development of this great game".

"After the handing down of today’s decision and acknowledging its impact, Channel Seven will continue this support and will stand by Essendon and assist them as they go about the rebuilding of their great club," CEO Tim Wormer says.

In August, the AFL sealed a six-year $2.5bn broadcast rights agreement with Seven, Foxtel and Telstra continue to broadcast the league from 2017 to 2022.

Essendon is one of the competition's most popular and successful clubs. Its derbies against rival Collingwood have been among the highest rating games in the league.

The other clubs with suspended former Essendon players include Port Adelaide, Melbourne, St Kilda and the Western Bulldogs.