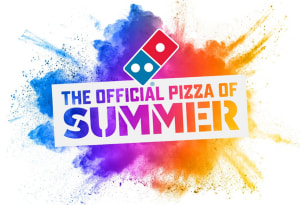 Domino's is shifting its focus from TV to YouTube as traditional advertising loses its appeal.

The fast-food giant recently launched its biggest menu ever supported by a major ad blitz as it changes the perception of Domino's as “cheap”.

The company has invested more in YouTube and Google to better target and engage consumers from different demographics.

“TV is not the number one medium but it still plays a role,” he said.

“I know all marketers can relate to this. It’s ironic that they’re losing audience numbers but the price keeps going up.”

Rather than having a “one size fits all” ad, the fast-food business is able to target groups such as males, vegetarians and mothers with tailored ads on social platforms.

The campaign to launch the new menu, which consists of 30 products including the turkish delight thickshake and garlic bread crust, was also supported by email direct marketing.

“It’s a beautiful way to interact with our customers,” he said.

“We can attach videos and have more meaningful interactions with them on whatever device they’re on.”

Collins said the big menu required additional effort from the company, pulling in its franchisees, chefs and marketers.

“It’s a big bold move by Domino’s but that’s what Domino’s has always done,” he said.

The fast-food chain has been forced to pivot to adapt to a rapidly changing industry.

Players like Domino's and Pizza Hut once dominated the food-delivery sector, but the gig economy, led by UberEats and Deliveroo, has opened it wide open for others to compete.

Collins said it’s embraced technology to keep up with new competitors, creating products that keep its pizzas warmer for longer and services that reduce delivery time.