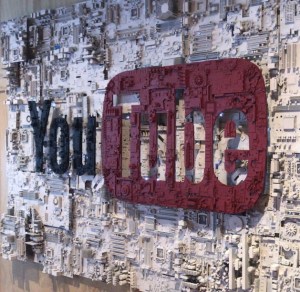 Google has introduced a slew of new ad extensions to YouTube that will allow users to download apps, book movie tickets or overseas trips while still watching the ad.

Revealed at AdWeek in New York, the company says the new extensions make ads more useful to consumers and expand the ways in which advertisers connect with their audiences.

Vodafone, 20th Century Fox, Headspace, and Maybelline are among a group of early testers of similar extensions.

These new YouTube extensions come as a natural progression from the already existing extensions that allow advertisers to attach location elements or forms urging consumers to sign up to loyalty programs or subscribe to mailing lists.

The partnership between the two companies capitalises on the increased role of video in advertising. According to analysts at Nomura Instinet, YouTube is estimated to have generated $12.8billion in sales in 2017, while Google's total revenue in 2017 was $95.4 billion.

Google expects this venture to enhance video storytelling and drive business up with increased clicks and user engagement without leaving the video.

Vodafone, which is using the new ad format, reports a 2.3x incremental lift in ad recall.

The convenience of quick access to products could be overshadowed by the interruptive nature of the ads.

"The ad takes over the full screen when the device is held vertically. That does make it easy to click the showtimes and book a ticket, but some consumers may find this sort of takeover annoying," says YouTube.