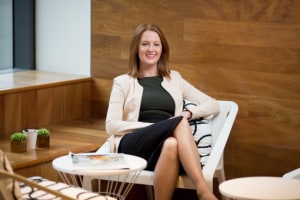 Tos takes responsibility for Merkle’s ANZ operations – leading and growing the business in market and bringing together the capabilities within Merkle’s local business units, Columbus and Amicus Digital.

Tos has been part of DAN since 2012. She progresses into her new executive leadership position from the previous role of CEO, Columbus ANZ where DAN state she was "instrumental in creating a market-leading performance agency".

Henry Tajer, CEO, Dentsu Aegis Network ANZ, says Tos is a "highly experienced and impressive leader", and exactly who the business needs to continue the local integration and growth of Merkle’s capabilities.

“It’s a tremendously exciting time for Merkle in ANZ, as we integrate our capabilities to further strengthen our promise of delivering personalised customer experiences for our client," Tos says.

"I’m privileged to lead an exceptional team of experts in their craft across data, technology and performance.”

Tos' appointment is the second made by the holding group in a week, with the business announcing the hire of Sue Squillace as CEO of DAN's biggest media agency Carat.

Squillace joins Carat from Spark Foundry where she has held several leadership roles – most recently as CEO since 2017.

Squillace's appointment marks the return of the CEO role at the agency, which was previously held by current Nine Sydney sales director Paul Brooks, who exited the agency in September last year.

AdNews understands that current national MD of Carat, Simon James-Williams, will remain in his current role, assisting Squillace with her transition into the CEO role.