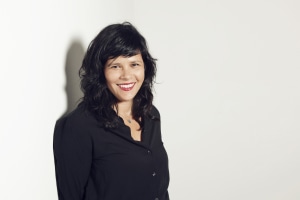 Firth is tasked with leading the agency's Westpac account, which last month unveiled its first work since the conclusion of the financial services royal commission. The ad received critical acclaim throughout the industry.

Prior to her role leading Y&R across the region, Firth has held a number of roles in both Sydney and London at agencies including Ogilvy, BMF and Campaign Palace.

“It gives me great pleasure to welcome Sasha to the DDB Group in Australia. She is the epitome of talented and nice and will help to further DDB Sydney’s great progress on Westpac that the current team has created," DDB Australia CEO Andrew Little says.

Firth starts at the role immediately, replacing Chiquita King who exited the role earlier this year. King exited the business to join The 6AM Agency as its CEO and partner.

“I’m thrilled to be joining such an iconic agency to work on such an iconic Australian brand. DDB has a great, talented team producing outstanding work for Westpac, and I hope to be able to build upon these already strong foundations," Firth says.

Viney stepped into the role in January after the position was left vacant following the shock exit of former marketing boss and ex-marketing manager for Meat and Livestock Australia (MLA), Andrew Howie.

Last week, DDB announced it had "gone against the tide" of abbreviated agency names and opted to use its full name, Doyle Dane Bernbach, in a global rebrand to leverage its heritage and legacy.