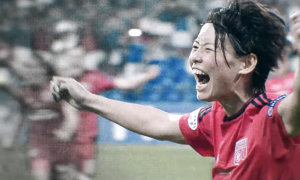 The first two seasons will stream without charge on YouTube.

The four-year deal aims to boost women’s football, with all 61 matches of the first two seasons, 2021-2023, available for free live and on demand on DAZN’s YouTube channel for fans around the world.

The following two seasons, 2023-25, will be available on DAZN for subscribers with 19 matches to be made available for free on DAZN’s YouTube channel.

“We are delighted to have found such innovative partners in DAZN and YouTube, who will give fans worldwide the opportunity to get consistently free-to-air access to the world’s best women’s club football competition,” says UEFA marketing director Guy-Laurent Epstein.

“It’s exactly what we wished for when we decided to centralise the media rights and revamp the competition format. Ultimately it was an easy decision for UEFA to make, as DAZN and YouTube had the most compelling bid, complemented by the vast promotional opportunities that this partnership can bring for the competition and women’s football in general.”

DAZN, a boxing-focused streaming platform, launched in Australia in December last year. The service is available for $2.33 a month.

“We are thrilled to be the new global broadcaster for UEFA Women’s Champions League and cannot wait to work with YouTube and Google to bring fans closer to the game and shine a brighter light on its stars than ever before,” says DAZN Group co-CEO James Rushton.

“DAZN was founded with a vision of making premium sports more accessible, and what’s more accessible than centralizing rights for the first time while making all matches free on YouTube? Overnight, this will make the best women’s football easier to watch around the world than ever before. Along the way, we look forward to elevating live broadcast production, extending existing DAZN content franchises, and unveiling new shows that showcase the breadth and brilliance of women’s football.”

The deal from DAZN and YouTube comes after Nine’s Stan secured the exclusive broadcast rights for the UEFA Champions League, UEFA Europa League and UEFA Europa Conference League in Australia.