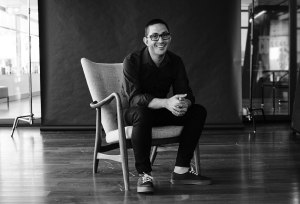 Sydney-based de Villiers, who also takes on a partner role, was most recently regional operations director at VMLY&R and previously ran operations for Clemenger BBDO and Leo Burnett.

The agency already has offices in Sydney and Shanghai with a Singapore presence anticipated soon.

“I couldn’t be happier to get Jeremy into our little family. Working with friends makes all the hard work so much easier," Nobay says.

De Villiers, who also spent six years at Leo Burnett in varying roles and eight years at Saatchi & Saatchi as a senior producer, says he’s excited to be a part of such a "people and craft-focused" business.

“I’m really excited by what we are building at Imperfect Circle," De Villiers says.

"Mostly, I’m enjoying being so close to the work again. Ultimately, that’s what matters and what excites our team and clients."

De Villiers is one of a number of executives to depart VMLY&R recently including joint CEOs Aden Hepburn and Pete Bosilkovski following its merger.

Today the WPP AUNZ-owned agency announced a number of new senior appointments would be made over the coming months, with Kirsty Robinson being appointed as its first head of experience.