Dan and Maz were too young, but SCA confident of new Rove strategy 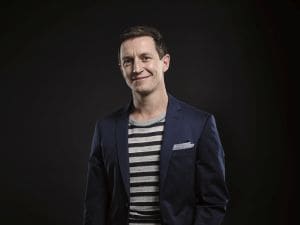 While Dan and Maz weren't quite ripe enough for 2DayFM's breakfast show, SCA's new strategy with 41-year-old comic Rove McManus at the daybreak helm, is set to be the right dose of what the station's key 18-39 demographic want.

That's the word according to SCA's executive director, metro operations, Guy Dobson, who admitted while Dan and Maz were not quite the right fit now for the 2DayFM weekday show, they will be suitable for a new national weekend morning show in 2016.

In a nutshell, Dobson said SCA is keen to “just get the show on the air, launch it well, create great content and the numbers will follow over time”.

“We also want to create the great environment for advertisers from day one,” he said.

The decision to axe the duo was announced yesterday, less than a year after the pair moved into the Monday to Friday slot. Speaking to AdNews, Dobson refuted the question of if the pair were being kept on at SCA for contractual reasons. He said far from it, and that yes while they may have perhaps been “too young” for that current slot, he has big plans for nurturing their talent in other areas.

Despite Rove being older than 2DayFM's core demographic, Dobson said the new move, hot on the heels of Hamish and Andy’s drive show starting in July, completed a strategy shift for the network.

He said that having Rove is going to complement its format and that securing such top comic talent was a prime opportunity for the station.

“He's funny, relatable and we've got a superb plan in place to make sure the new show is everything you'd expect from one of Australia's greatest entertainers,” Dobson said.

He also added that there are “plenty more twists and turns coming up” for the show and there will also be a marketing campaign coming out around the new show.

In relation to plugging the ratings gap that Kyle and Jackie O left, Dobson said he wasn't focused on “dwindling numbers over the road”, of the rival station, two years on, and that SCA has the music, has the demo, its networks are doing well and SCA has every confidence in its new plan.