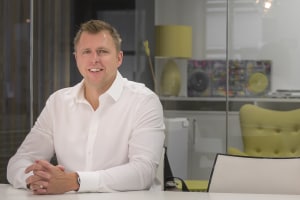 Cummins&Partners says the hire follows growth in its media offering, tripling its clients in the last six months.

Murphy's appointment follows the departure of chief media officer James Greet last year who resigned from the agency after less than 18 months.

‘Paul is a triple threat - singer, dancer and media mind. When looking to find the right candidate for our media lead we were impressed by his entrepreneurial spirit, creative sensibilities, passion and desire for change in the media industry," Cummins&Partners CEO Chris Jeffares says.

Murphy says he looks forward to shaping the future at Cummins.

"Joining the team at Cummins&Partners was a hope that I had quietly fostered since partnering with them on the Fonterra account when they launched in 2011," he says.

In the last 12 months, Cummins has picked up the creative for McCain, Heinz and T2 in Melbourne, as well as HBF, University of Tasmania and Lodex.